Phonics Rules: An incredibly easy method that works for all

People will always debate what is the best way to learn how to read, but I believe that understanding 6 basic phonics rules will turn anyone into a super reader in very little time.

I have worked with kids that can’t read one word and with these strategies end up becoming super readers in no time.

What is confusing about our English language is that not everything works 100% of the time.

We also have to couple phonics instruction with memorizing sight words. These are words that don’t follow the rules.

For example, if I try to sound out /the/ it will sound like /t/ /h/ /ee/. The e would make the long sound because it is at the end. So this word needs to be memorized.

What is confusing about phonics sounds?

There are many things that really complicate phonics.

All of the listed above items make learning phonics difficult and complicated for many. There really is an easy way to learn phonics and master it without all of these complications.

I have found a way to simplify these rules for children. If a word does not fit into one of these six simple phonics rules, then you simply memorize the word.

What is confusing about the old way of teaching phonics is that some people teach it with c’s and v’s instead of actual letters. The c’s stand for consonants and the v’s stand for vowels.

I learn better when I can actually see examples. The first thing to know is that where the vowel is in the word will determine what sound the vowel makes. This clarifies the biggest phonics mistake kids make; what sound does the vowel make?

To make this easy for kids, each pattern has a fun phrase to help remember the pattern.

Here are the six patterns.

This is simplified even further by using a chart where words can be placed.

The above chart is called a vowel pattern chart.

This vowel pattern chart is only for syllables of words. If a word is just one syllable, the whole word will go in one section. If there are two syllables, it may go in two sections.

The closed pattern is where the vowel is in between two consonants.

With cat you can see that the a is squished between the c and the t. Therefore, a will make it’s short sound, or it’s special sound.

The open pattern is when the vowel on the end is free.

Phrase: When the vowel on the end is free, it is going to pop way up and say it’s name to me.

This pattern has a vowel, consonant, and then the silent e at the end.

I tell my students that the e will tap the vowel before it and make it say it’s name and then it goes back to it’s spot and is completely quiet.

Phrase: Silent e has a claim to fame, he makes the vowel before him say it’s real name.

Bossy R is only bossy when it comes after a vowel.

For example, in car the a and the r make the r name. No longer does a say it’s special sound or it’s name.

The /or/ says the same thing as if you were reading it as a word.

In this pattern, two vowels are next to each other.

The first one will say its name and the other vowel is quiet.

Phrase: When two vowels go a-walking, the first one does the talking and says its name.

Here there are also two vowels or vowel helpers next to each other.

Ou actually makes the ow sound. This is the same sound that you would make if you got hurt.

Phrase: Two vowels next to each other that make the sound you would make if you got a booboo.

When there is a consonant and an le at the end of the word, it will sound like /ul/.

Typically this pattern happens in two syllable words. The first syllable is the closed pattern in this example and the second syllable is C + le.

Phrase: The /le/ grabs the consonant before it and makes the le say /ul.

That’s all there is to it

It is that simple. I believe that learning these strategies while immersed in real reading actually helps kids with putting into practice what they are learning. I do not believe in worksheet method to learning phonics. That is called isolated skill and drill, and that may work in math, but is not an effective strategy for learning to read.

If you are a reading teacher

If you are a reading teacher and you would like to deepen your knowledge and learn how to close the gap a full year with just 8-12 hours of instruction, then take a look at the Reading Interventionist Program.

If you are a parent

For parents that are looking for a tutor that can easily get your child to master these concepts, contact Joanne Kaminski at jbkaminski@gmail.com or 414-732-6838. I am usually able to close the gap for kids a full year with just 8-12 hours of instruction. No program or tutoring agency can promise results like this.

Struggling Reader Help: This Mom Took Action and It Worked

How to Find Reading Tutors Near Me

Struggling Reader Help: This Mom Took Action and It Worked 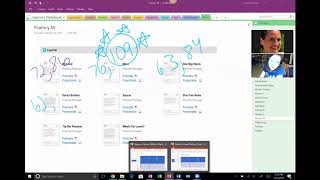 How to Find Reading Tutors Near Me

Summer Reading Loss: What is it and Why Does it Happen?

Phonics Rules: An incredibly easy method that works for all